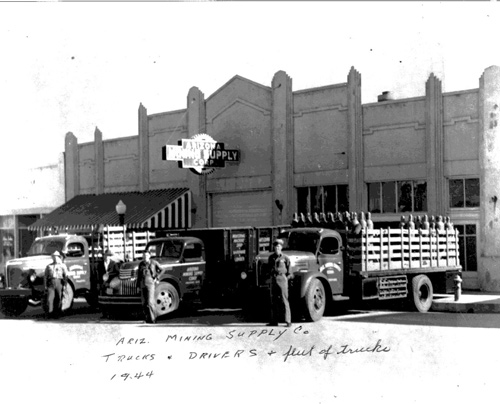 In 1910 our address was the location of the street car garage for the Prescott & Mount Union Railway. About 1930 the garage was torn down and the present building was built to house the Arizona Mining Supply Corporation. When mining died out it became the Arizona General Supply Company, a hardware store that closed in the 1980's. The storefront later became the Stockman's Bank. Note the windows above the truck on the right. The Peregrine Book Company opened up these old windows, which were stuccoed over decades ago. 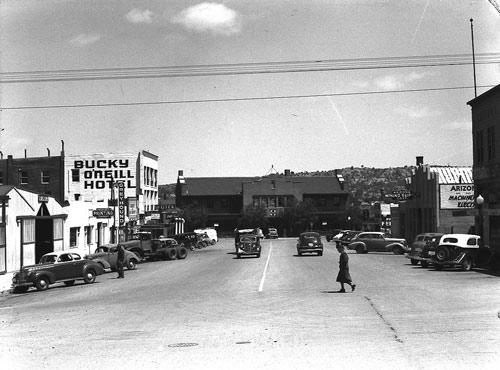