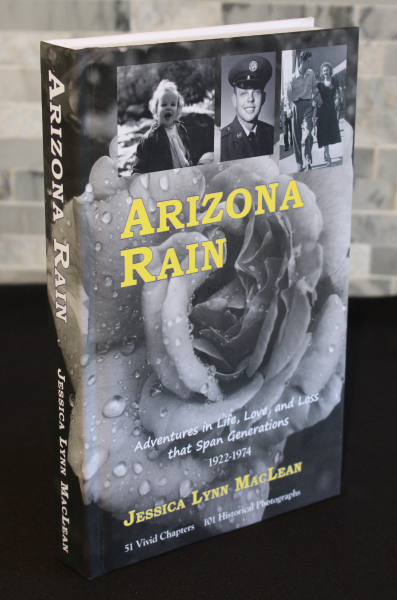 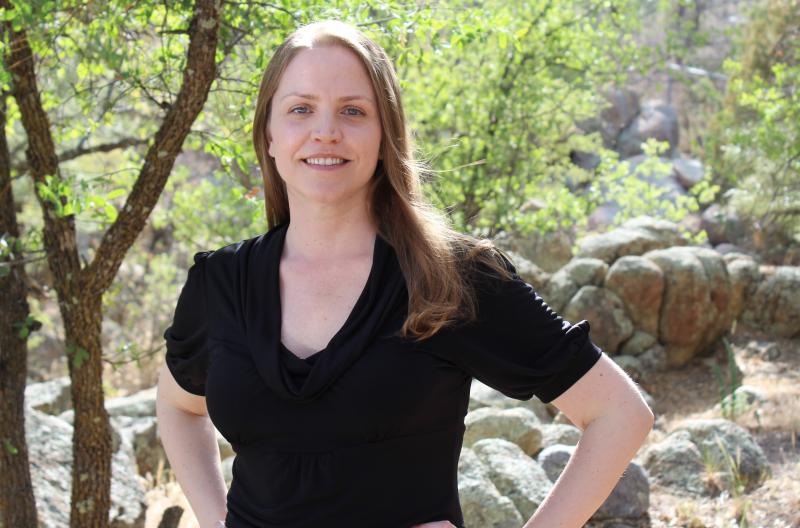 Writing is in Her Blood, but so is the Rain of Arizona

Thanks to the comfortable cabins built by her relatives, since birth, Prescott writer, Jessica Lynn MacLean, felt at home when nearing 7,000 feet in the Bradshaw Mountains. 40 years later, she’s featured in Prescott Woman Magazine as a local author.

The footsteps she follows are big, those of her relatives: bestselling, Arizona Author of the Year, Nancy E. Turner, and Arizona author born in 1907, Joyce MacLean. Luckily, Jessica has big feet.

She has created communications projects for many organizations. Jessica operated as the resident blogger for the town of Camp Verde, wrote articles for the city of Sedona, and blogged for the Christopher and Dana Reeve Foundation through Disability EmpowHer Network. Dozens of her pieces and photographs were published in magazines like Kudos, Gateway to the East Valley, Connection, and Camp Verde Bugle Home and Garden.

In her first book, Arizona Rain, Jessica brings readers along on Adventures in Life, Love, and Loss that Span Generations (1922-1974), with 51 vivid chapters and 101 historical photographs. Come join her for a discussion that includes videos and historical photographs on parts of Arizona history that are often overshadowed by gunfights: generations of working families who drove mule trains into the Grand Canyon, were infamous Harvey Girls, taught themselves to build homes and cabins, were trick water skiers, built massive swings off the sides of mountains, competed as Mrs. Arizona, had family name cattle brands, built churches while working the graveyard shift at the aluminum plant, and died working on the railroad. Her family was employed for the Santa Fe at the Grand Canyon in 1902 and still works for the railroad in Winslow today.

Ida Barnett MacLean, Jessica’s great grandmother, donated 100-year-old photographs of relatives working at the Grand Canyon to state library archives. Along with a slew of other fun photographs, those are now in Jessica’s book. But hundreds of photos couldn’t fit on the pages. You’re invited to glimpse into a family of adventurous Arizona writers who helped build the state despite monsoons, raining scorpions, and the Big Snow.