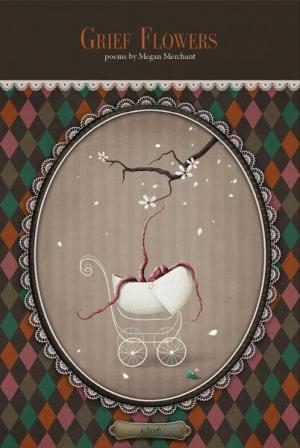 As Amy Strauss Friedman, author of Gathered Bones are Known to Wander, explains:

“These poems are most alive and present in their absence, in the spaces Merchant skillfully creates between what we are grateful for, what we will never have, and what we have lost. Through language delicious and disruptive, the body and its many failings are compared to the natural world—how it protects and betrays us, nurtures us with hope and herniates our hearts at the turn of seasons, kills its leaves and splits its trees …”

Merchant, a Prescott local, and Editor for The Comstock Review, was recently the recipient of the 2016-2017 COG Literary Award, (judged by Juan Felipe Herrera), the 2018 Beullah Rose Poetry Prize, and second place winner in the Pablo Neruda Prize for Poetry. A Q&A will directly follow the reading.

Found Objects
— for those trapped in Aleppo
Megan Merchant

I would paint the snow for you
if the street light wouldn’t melt it.

a sweater. I would paint the walls as frozen
cities, the shush of traffic, slush of light,

and there would be no late for the party
because I would stall fret,

I would paint you. A fingernail moon.
A waxy rind. A bucket of water.

A bombed-out building. The white chalk
of rubble in your hair. A river to wash

in, cool enough that when the swirl licked
your shins, you would feel

your borders blend clean, mix into stone,
grey with breath

but breathing. I would paint the
longest table, and leave the seat

empty, next to yours, room enough
for our elbows to pass and static,

while the wine is being shared
and blissing our mouths into prayer,

a language neither of us speaks,
which is why I would paint us

slipped from our clothes and touching.
Same to same.

A raven’s feather swirling about,
a basket clogged with warm bread,

and when we blink at each other
we would see veins that are flowing with blood,

but mostly water. I would paint a placenta-sky,
gamey and wired. Electric.

The wink of a heartbeat
that is mine and not my own,

one, one, one, tearing a hole
in the wall, where a large painting of god

was hung, gold-encrusted,
but now just an opening of light.

I would paint your grave as a pair
of shoes left by the front door,

Megan Merchant lives in the tall pines of Prescott, AZ with her husband and two children. She is the author of three full-length poetry collections: Gravel Ghosts (Glass Lyre Press, 2016), The Dark’s Humming (2015 Lyrebird Award Winner, Glass Lyre Press, 2017), Grief Flowers (Glass Lyre Press, August 2018), four chapbooks, and a children’s book, These Words I Shaped for You (Philomel Books). She was awarded the 2016-2017 COG Literary Award, judged by Juan Felipe Herrera, the 2018 Beullah Rose Poetry Prize, and most recently, second place in the Pablo Neruda Prize for Poetry. She is an Editor at The Comstock Review. Find out more about Megan Merchant »