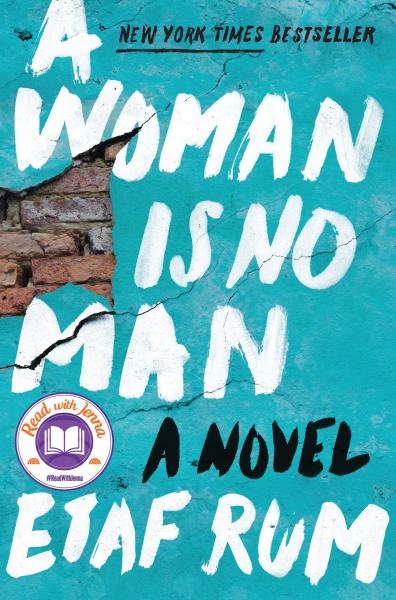 This month we will discuss A Woman is No Man by Etaf Rum.

About the Book
This debut novel by an Arab-American voice takes us inside the lives of conservative Arab women living in America. In Brooklyn, eighteen-year-old Deya is starting to meet with suitors. Though she doesn’t want to get married, her grandparents give her no choice. History is repeating itself: Deya’s mother, Isra, also had no choice when she left Palestine as a teenager to marry Adam. Though Deya was raised to believe her parents died in a car accident, a secret note from a mysterious, yet familiar-looking woman makes Deya question everything she was told about her past. As the narrative alternates between the lives of Deya and Isra, she begins to understand the dark, complex secrets behind her community.

About the Author
The daughter of Palestinian immigrants, Etaf Rum was born and raised in Brooklyn, New York. She has a Masters of Arts in American and British Literature as well as undergraduate degrees in Philosophy and English Composition and teaches undergraduate courses in North Carolina, where she lives with her two children. Etaf also runs the Instagram account @booksandbeans and is also a Book of the Month Club Ambassador, showcasing  her favorite selections each month. A Woman Is No Man is her first novel.