Join host John Lorenz Monday nights at the Peregrine to contemplate the truth or "Dharma."  We have two books selected for this month's discussion: Zen Keys by Thich Nhat Hanh and Heart of Asia by Nicholas Roerich. 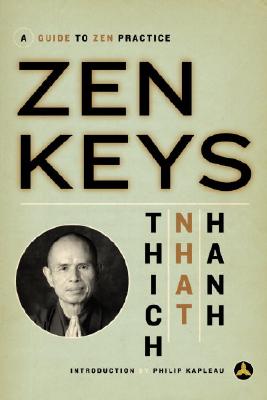 About Zen Keys
Thich Nhat Hanh brings his warmth and clarity to this unique explication of Zen Buddhism. Beginning with a discussion of daily life in a Zen monastery, Nhat Hanh illustrates the character of Zen as practiced in Vietnam, and gives the reader clear explanations of the central elements of Zen practice and philosophy. Thorough attention is given to concepts such as Awareness and Impermanence, and to contemporary issues such as the conflicts between modern technology and spirituality. The final section includes a set of 43 koans from the 13th century Vietnamese master, Tran Thai Tong, which are translated here for the first time into English. Originally published in 1974, Zen Keys has been unavailable for several years but is now reissued by popular demand. Readers will find it as fresh today as when it was first written, and will be struck by the timelessness of its insights. What makes this work particularly compelling is that Nhat Hanh is able to invigorate what in other presentations may seem like empty abstract principles. The example he has set in his own life as a relentless advocate for peace brings strength and a realistic understanding to idealistic Buddhist goals. In Zen Keys, Thich Nhat Hanh presents the philosophy which has enabled him to be mindful of peace in every moment. An excellent introduction from Philip Kapleau (author of the classic Three Pillars Of Zen ) provides background on the emerging American Zen tradition. 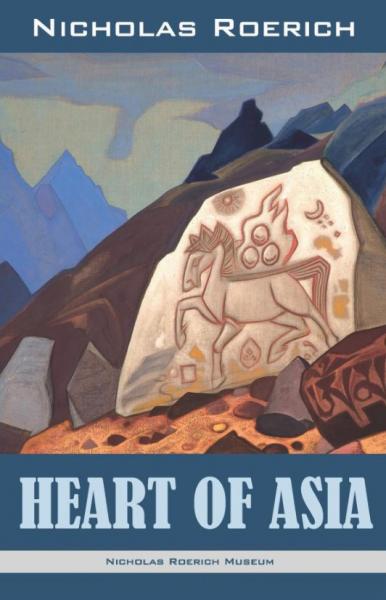 About Heart of Asia
Nicholas Roerich was fond of saying, "Blessed be the obstacles--through them we grow." He was well qualified to know, for obstacles were a constant in his life. A superficial glance at his life would reveal only creativity and adventure, far more than is generally allotted to any one person in a lifetime. But beneath that surface lay ever-present difficulty.
It is hard to know why certain people are given greater portions of trouble than others. Roerich came from privileged people, and his life could have been easy. But he never chose the smooth path and seemed even to seek out life's obstacles as if he found nourishment in them. He was an indefatigable climber: he climbed mountains, and he also climbed life. Another saying that he liked to repeat, also related to obstacles, was, "It is easier to climb a rocky slope than a smooth one. The rocks provide steps on which one can find the force to move upward. And so it is in life." This book is about a life that was precisely devoted to climbing, to finding the rocks on which to gain a foothold, and to exploration and creative activity. Roerich ranged through Central Asia with the full force of the curious and subjected it to the eye of the scientist, the adventurer, the artist, and the spiritual seeker. Everything was there to be explored, to be dug up, to be recorded on paper and canvas. For him, Central Asia was the repository of the wisdom of the ages, the heart of the planet, the place to which one returns and from which one emerges reborn. Roerich devoted himself to the search for the seed of Good on Earth. He wanted to learn how this seed can be made to flourish, how it can be used to solve humanity's vast array of problems in order to reach the goal of peace and planetary harmony. This search took him to many parts of the world, but Central Asia--the Heart of Asia--was for him the true source, the field in which this seed of Good could be found. Shambhala was a reality to Roerich, an unquestioned fact, the heart of the planet, the place to which we owe our existence, our spiritual survival, and our knowledge. The search for Shambhala is the search for the solution to the problems of existence, for the vanquishing of obstacles, and for the discovery of the great freedom that lies beyond difficulty, tragedy, and destruction.
Of course, Heart of Asia can be read as metaphor. Few of us can climb these high passes or search for the great Shambhala, except in our hearts. And therein lies the value of such a book. It is not just a guidebook to the countries traversed. It is a guidebook for our hearts, one in which we can explore just as Roerich did and find everything that he found: the obstacles, troubles, and tragedies, yes, but also the victory and the liberation.