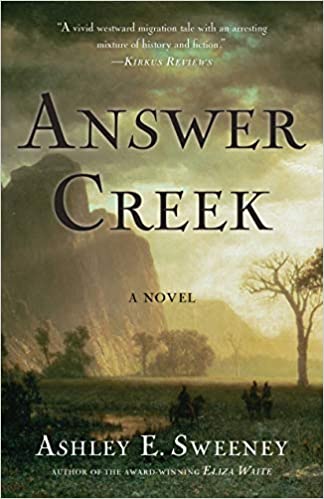 Join us for a reading, discussion, and Q&A with author Ashley E. Sweeney, who will read from her most recent novel, Answer Creek.

About the Book
From the award-winning author of Eliza Waite comes a gripping tale of adventure and survival based on the true story of the ill-fated Donner Party on their 2,200-mile trek on the Oregon-California Trail from 1846 to '47.

Nineteen-year-old Ada Weeks confronts danger and calamity along the hazard-filled journey to California. After a fateful decision that delays the overlanders more than a month, she--along with eighty-one other members of the Donner Party--finds herself stranded at Truckee Lake on the eastern side of the Sierra Nevada Mountains, stuck there for the entirety of a despairing, blizzard-filled winter. Forced to eat shoe leather and blankets to survive, will Ada be able to battle the elements--and her own demons--as she envisions a new life in California?

Researched with impeccable detail and filled with imagery as wide as the western prairie, Answer Creek blends history and hearsay in an unforgettable story of challenging the limits of human endurance and experiencing the triumphant power of love. 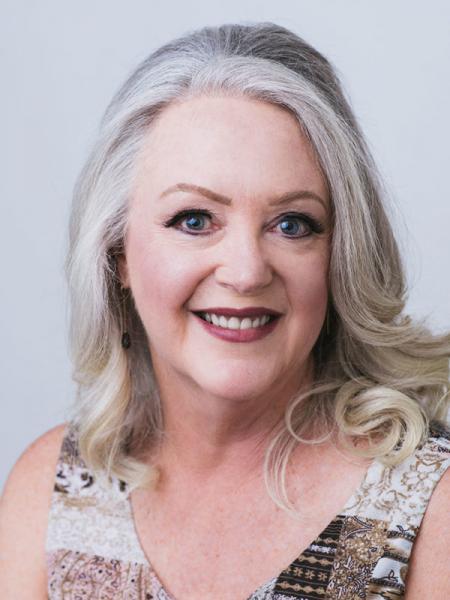 About the Author
“I’ve been long enamored with underserved women’s voices. My technique to hitch a heroine to history dovetails with a fact that (unfortunately) didn’t surprise me: women’s stories make up only a fraction of narratives set in the American West.”-Ashley E. Sweeney

Ashley E. Sweeney is the winner of the 2017 Nancy Pearl Book Award for her debut novel, Eliza Waite. Her much anticipated second novel, Answer Creek, was released in May 2020. Ashley is a seasoned journalist, teacher, and community activist. She served as a VISTA volunteer in the late 1970s and continues community service today as a member of Soroptimist International, one of the largest women’s advocacy organizations in the world.

Early in her career, Ashley found an outlet as a humor columnist and features editor for The Lynden Tribune in Lynden, Washington, where she garnered numerous awards for her writing. She has taught English, Journalism, English as Second Language, and GED prep at both the high school and community college levels.

A native New Yorker, Ashley is a graduate of Wheaton College in Norton, Mass., the Stanford Publishing Course, and City University in Seattle, Wash., where she earned a Masters of Education degree. Ashley spends her time between La Conner, Washington and Tucson, Arizona with her husband D. Michael Barclay.

Book Review by Susan Lang, Peregrine Book Company Event Coordinator
If you are looking for an engrossing page-turner of a book, be sure to read Ashley E. Sweeney’s Answer Creek. No matter what chores necessitated my putting down this book, I was always scheming about ways to get back to this tale of adventure and survival for ‘just a few more pages.’ The novel’s main character, Ada Weeks, is a unique and wholly unforgettable character. It is June, 1846, and Ada, her last coins sewn into the hem of her skirt, is walking the 2000 miles across the country beside a covered wagon as a part of the Donner Party. Don’t let the Donner Party aspect deter you, though (it almost did me); as one critic says, “Sweeney rescues the story of the Donner Party from its fate as a salacious anecdote and delivers a harrowing tale of resilience, folly, loss and hope.”

Ada has not had an easy life, has lost her family to fire, then her adopted family to a river, but she has an extraordinary survivor’s spirit. Life has been hard, but she is convinced that everything will be better when she gets to California, where there will be amazing things like grapes that she can actually eat–things she tries to imagine as she walks. She just has to stay alive till then. Her philosophy is a tough one. As members of the party die along the way, and she as the daughter of a funeral director helps prepare them, we find her thinking:” Dyin’s gonna get us all in the end, one way or t’other... But dyin’s not the hardest part. Livin’s a lot harder than dyin’ any day.”

Not that she doesn’t find windows of joy along the way, as she does when the wagons stop in such places as Beaver Creek Canyon. Her breath catches as she sees “the canyon awash with radiant color, swaths of corals and salmons where the sun still beats on age-old walls...the colors change abruptly to deeper shades of russet and burgundy” then “the walls already turned to maroon and chocolate.” This image “burns itself into her brain” and sustains her is rougher times. She is sustained also by her feelings for and hopes about certain young men in the party.

The Peregrine has scheduled Ashley Sweeney to talk about the research and other factors involved in the writing of her book on 9/26/2020. Meanwhile, you don’t have to wait till then to enjoy her phenomenal novel.