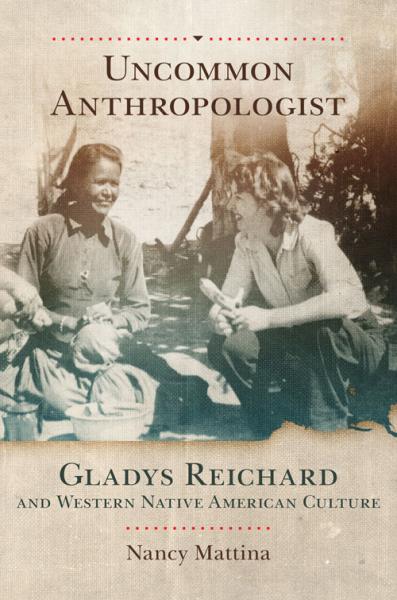 Join us for a reading, booksigning, and discussion with author Nancy Mattina. Nancy will read from and discuss her new book, Uncommon Anthropologist: Gladys Reichard and Western Native American Culture.

About the Book
Uncommon Anthropologist is the first cradle-to-grave biography of one of America’s most far-sighted and versatile scholar-writers, Gladys Reichard. Born in 1893 in a small mining town in eastern Pennsylvania, Reichard stepped boldly through newly opened doors in the ivory tower to become a renowned expert in North American Indian linguistics and Navajo studies. Reichard’s jealous rivals nearly erased her from history as boring. In truth her years of crisscrossing the West to learn from Native storytellers, medicine men, and artists were anything but. An unbiased reading of her story reveals the anti-racist, feminist mindset that helped her persist and resist in times as fraught with prejudice as our own. 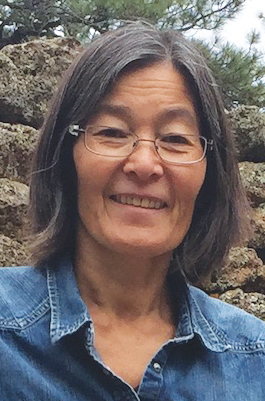 Today, there is still an urgent need to write history that accurately reflects women’s lives, experience, successes, and failures. While many of us may feel we are too well-behaved to “make history,” all women writers have the chance to make history in another sense: by giving women a national history they can see themselves in.

About the Author
Nancy Mattina has taught linguistics, research writing, and writing pedagogy since the 1990s. A specialist in Native American languages, she is a language preservation consultant to the Colville Tribes of Washington state. In 2007 she joined the faculty at Prescott College where she founded and led the Learning Commons and Writing Center. Recently retired, Mattina brings a passion for intellectual history, solidarity with under-appreciated creatives, and hope for a more just and compassionate society to the chancy art of biography.

Book Review by Susan Lang, Peregrine Book Company Event Coordinator
One of the most enjoyable books I’ve read lately is Nancy Mattina’s biography of Gladys Reichard, The Uncommon Anthropologist. I found Gladys Reichard more than uncommon; she is absolutely fascinating, and her adventurous, trail blazing life was truly amazing. Reichard spent winters involved in her teaching and research duties at Barnard College in New York, then spent summers riding a jalopy around the Navajo Reservation in the early decades of the last century, from 1930-1950. And Nancy Mattina’s masterful writing allows the book to read like a novel--even with the extensive, enriching, and thorough documentation she provides along the way.

Reichard became friends with the Hubbells at their famous trading post in Ganado, and the Hubbells introduced her to a Navajo family who helped her find residence (her first home was a dugout built to shield corn and hides from the elements) and recruit ‘linguist informants.’ In order to understand the Navajo culture, Reichard spent much of her time learning to weave, tending sheep and participating in the daily life of a typical Navajo woman of that period. Her enthusiastic enjoyment of participating in the Navajo culture is a treat for readers of the book, who get to experience some of it for themselves. She also worked hard to learn the language herself and actually did become a speaker of the extremely difficult Navajo language.

Like a novel, the book also has its antagonists in the form of Edward Sapir and other male icons of the linguistic establishment who worked with the Navajo language and who considered Reichard’s work trivial and of no value because her approach to the language through understanding the culture itself was so different from their own enthnocentric perspective. Her feminist lens and work with Navajo women was not appreciated by them either. Sapir and others of his ilk did their best to discredit her work by mocking her behind her back and by making light of her work. In the end, much of her work somehow “disappeared” after her death, another, more permanent, way of discrediting her.