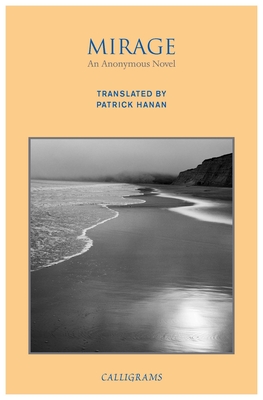 By Anonymous, Patrick Hanan (Translated by)
$19.95

First published anonymously in 1804—its author remains unknown—Mirage is set in Guangzhou (Canton), some decades before the city was overwhelmed by the opium trade and the Opium War. Su Jishi, the adolescent son of the head of the Chinese traders’ association, the men licensed to deal with foreign merchants in the port, is suddenly burdened with responsibility for his powerful family after his father’s unexpected death. More interested in sex than money, Su Jishi learns to navigate between pleasure and commerce, as rebellions erupt just outside the city.

At the crossroads of two of the greatest Chinese books—the aristocratic coming-of-age novel, The Story of the Stone (The Dream of the Red Chamber) and the military epic Outlaws of the Marsh—Mirage is panorama of libertines and concubines, lecherous monks and celibate soldiers, corrupt officials and drunken scholars. As entertaining as a bestseller, it is a hectic recreation of vanished mores and customs, and the life of a Chinese city as it was beginning to discover—and deal with—the rest of the world.

Patrick Hanan (1927–2014) was Victor S. Thomas Professor of Chinese Literature at Harvard University. He was the author of The Chinese Short Story, The Chinese Vernacular Story, and The Invention of Li Yu, and the translator of many works of late imperial Chinese fiction, including The Sea of Regret and the cult classic, The Carnal Prayer Mat.

"Patrick Hanan’s most recently published translation, Mirage is historically significant for two reasons. First, the 1804 novel is the earliest to describe the lives of Guangdong merchants who traded with the West. Second, it is the last translation completed by Patrick Hanan, the foremost scholarly authority on premodern Chinese short fiction in the Western world and a prolific translator of that same fiction, before his death in 2014. In both his translation and his scholarship, Hanan was relentlessly attentive to the elegant touches that animated works of fiction like Mirage, to works that took seriously the craft of entertainment and the lives and values of ordinary people." —Dylan Suher, Asymptote

"The anonymous author of Mirage fuses the tropes of its literary forebears to create a compelling portrait of a society on the cusp of a destabilising modernity, with the structures—bureaucratic, military and social—which have held the Empire in place becoming corrupted and weakened by avarice and moral decrepitude….the late Harvard scholar Patrick Hanan has rendered the novel into a clear, vernacular English, and has avoided weighing the edition down with lengthy footnotes or commentaries; this is very much a translation to be read and enjoyed.” —Asian Review of Books

“Mirage is a key work from the critical period of the early nineteenth century. It resembles a modern-day R-rated movie, touching on serious issues but containing scenes of explicit sexual pleasure and violent conflict.”—Keith McMahon