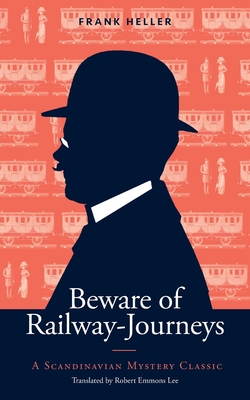 When Allan Kragh impulsively follows a beautiful grey-eyed woman onto a train, he doesn't expect to be sharing a compartment with a notorious master criminal - or to be arrested in his place. Still, he doesn't bear a grudge, until he realises that his hotel in London is hosting not only the same fellow-travellers, but the Maharajah of Nasirabad and his fabled jewel collection...

Beware of Railway-Journeys will take you from a Paris-bound railway car to a glittering London hotel, in the company of an unassuming hero with a knack for observation.

Frank Heller was the pseudonym of Gunnar Serner, who was the first internationally famous Swedish crime writer. The son of a clergyman, to avoid arrest after a financial fraud he left Sweden for the continent. After losing the swindled money in a casino in Monte Carlo, he tried his hand at writing novels with immediate success, and produced forty-three novels, short stories and travelogues before his death in 1947.