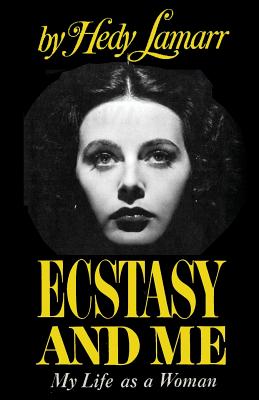 By Hedy Lamarr, J. Lewis Bruce (Introduction by), Philip Lambert (Preface by)
This item is not available for sale on this site.

This is the autobiography of Hedy Lamarr, who is famous for two things: First: Her movie career, as she was regarded as the most beautiful woman in Hollywood. She was also the first woman ever to appear nude in a movie. Second: She is famous as an inventor, a scientist and a researcher, especially during the Second World War, as she developed and patented a method to defend against torpedoes and missiles. She also developed an anti-aircraft system where the anti-aircraft fire would not hit the aircraft but would explode nearby. Nowadays, in the aftermath of the shooting down of Malaysian Airline 17 over Eastern Ukraine, killing 298 passengers, a new look is being taken at the process developed by Hedy Lamarr. The missile that shot down the Malaysian Airplane used a system similar to the one developed by Hedy Lamarr, and the defense against torpedoes she developed might have applications to prevent future commercial aircraft from being knocked down.