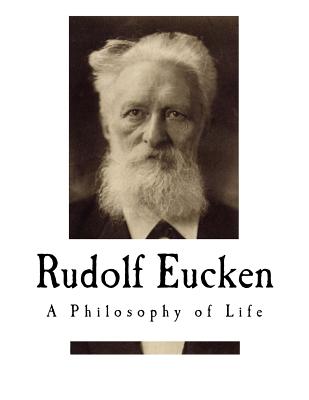 Backordered
(This book cannot be returned)

A Philosophy of Life

The name of Eucken has become a familiar one in philosophical and religious circles. Until recent years the reading of his books was confined to those possessing a knowledge of German, but of late several have been translated into the English language, and now the students of philosophy and religion are agog with accounts of a new philosopher who is at once a great ethical teacher and an optimistic prophet. There is no doubt that Eucken has a great message, and those who cannot find time to make a thorough study of his works should not fail to know something of the man and his teachings. The aim of this volume is to give a brief and clear account of his philosophical ideas, and to inspire the reader to study for himself Eucken's great works.

Professor Rudolf Eucken was born in 1846, at Aurich in Frisia. He attended school in his native town, and then proceeded to study at the Universities of Gottingen and Berlin. In 1874 he was invited to the Professorship of Philosophy at the University of Jena, and here he has laboured for thirty-eight years; during this period he has been listened to and admired by many of the more advanced students of philosophy of all countries and continents.