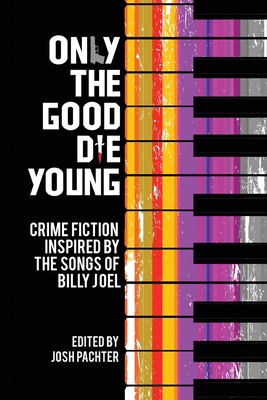 From Cold Spring Harbor in 1971 to River of Dreams in 1993, Billy Joel released a dozen studio albums that remade the face of American pop music, produced twenty-six Top 10 singles (on Billboard's Top 100 and Adult Contemporary charts), and earned the Piano Man six Grammys. Although he hasn't released a recording of new songs in almost thirty years, Joel's live performances continue to electrify audiences around the globe-and until COVID-19 put things on hold he had sold out New York's Madison Square Garden for a record-shattering seventy-four consecutive monthly shows

In this collection, twelve award-winning writers of short crime fiction tackle the Joel catalog, and the result-edited by Josh Pachter, whose The Beat of Black Wings: Crime Fiction Inspired by the Songs of Joni Mitchell earned rave reviews in 2020-is a journey down life's mean streets with a soundtrack by one of the great singer-songwriters of our time, and contributors Michael Bracken, Jeff Cohen, David Dean, John M. Floyd, Barb Goffman, James D.F. Hannah, Richard Helms, Robert Lopresti, Jenny Milchman, Terrie Farley Moran, Richie Narvaez, and Pachter himself are donating a third of their royalties to support the work of the Joel Foundation.

In the Gospel According to Billy, only the good die young. Within these pages, though, Death is an equal-opportunity exterminator, and the stories you'll find here don't just hit the charts: they go all the way to Number One ... with a bullet