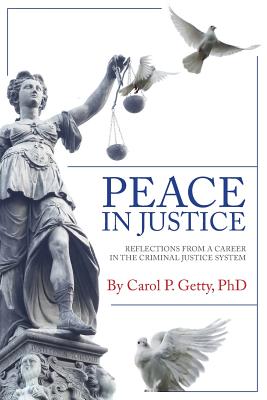 By Carol P. Getty Phd
$14.95
Available from our Warehouse (Not in store currently)
(This book cannot be returned)

Dr. Carol P. Getty began her professional career working as a mathematician in industry and in classrooms before embarking on a career in criminal justice. She received two appointments from Governor Bruce Babbitt to the Arizona Board of Pardons and Paroles, which she served for five years before being appointed by President Ronald Reagan to the United States Parole Commission. During her twelve years as a commissioner she also served under President George H.W. Bush, who named her chairman of the Commission, making her the first woman ever to serve in that capacity. After her retirement from federal service, she became an associate professor of criminal justice at Park University in Parkville, Missouri, and retired 14 years later as an Emeritus Professor of Criminal Justice. She was awarded a J. William Fulbright award and taught in Ukraine in 2008. She holds a bachelor's degree in mathematics from Wellesley College, a master's of arts in criminal justice from Arizona State University, and a doctorate in public administration and political science from the University of Missouri-Kansas City.