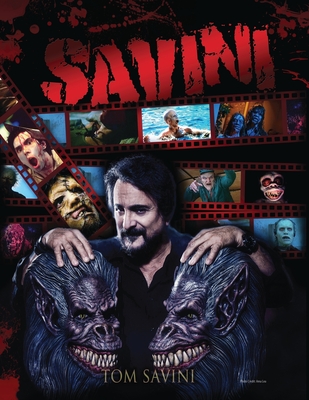 By Tom Savini, Michael Aloisi (Contribution by)
$47.24
Available from our Warehouse (Not in store currently)

What can you say about Tom Savini?

Well, the facts work just fine for this multi-hit wonder. He created the zombies and all of the iconic special makeup effects for the mother of all zombie movies, DAWN OF THE DEAD. He created Jason, one of the most prolific movie villains of all time, for the movie franchise FRIDAY THE 13THand for the mega-hit video game. He created Leatherface in the much-loved fan favorite TEXAS CHAINSAW MASSACRE PART TWO. He created the crate creature Fluffy, the grave-rising cadaver Nate, and all of the twisted, cockroach-filled, water-soaked zombies for the five horrific chapters of the movie CREEPSHOW and continued to dazzle audiences with his work on a dozen other horror movies in his career as a special makeup effects magician. He played the crotch rocket-wearing character Sex Machine in FROM DUSK TILL DAWN and mesmerized movie-goers with his many other standout roles as an actor, including those in GRINDHOUSE, MACHETE, and THE PERKS OF BEING A WALLFLOWER. He directed three of the most memorable episodes of the television series TALES FROM THE DARKSIDE and the much loved and respected remake of the movie NIGHT OF THE LIVING DEAD, and most recently he was called upon by his pal Greg Nicotero to direct an episode of the new Creepshow television series for AMC's Shudder.

In this beautiful picture book, Tom, in his own unique writing style, tells his life story, discusses his movies, shares anecdotes, give his opinions, and of course, talks about the movies in a way only Tomcan.