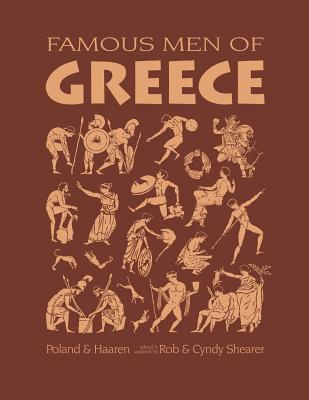 The history of Greece is taught chronologically, as students read short biographical sketches outlining the lives of important figures. The selections begin with the Greek creation and flood stories, then continue with legendary figures like Perseus, Hercules, and Jason. Then come the leaders of the Trojan War: Agamemnon, Achilles, & Odysseus. The lawgivers of the Greek cities (Lycurgus, Draco, & Solon) are profiled and the leaders who led the defense of Greece against the Persian invasion are covered (Miltiades, Leonidas, & Themistocles). The second half of the book covers the Greek classical period (Pericles, Alcibiades, & Socrates) and finally, the age of Alexander the Great (Demosthenes, Aristotle, & Ptolemy). Your fourth or fifth graders should be able to enjoy it independently, older students can read it as well and not feel like they have been given something that is "babyish." The text includes a new preface by Rob & Cyndy Shearer, as well as an essay for Christian parents titled, "What to do about Mythology?" Note: The Greenleaf Press edition is NOT identical to the 1904 edition, or to the editions reprinted by other publishers. It has been edited, updated, and supplemented with additional material.