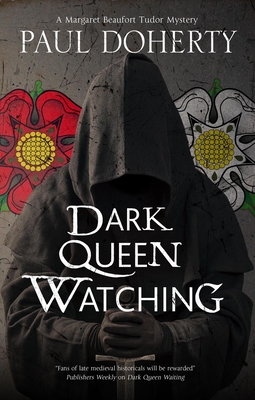 The arrival of a band of Spanish mercenaries brings new danger for Margaret Beaufort and the House of Lancaster in this richly-imagined medieval mystery. November, 1471. With Edward of York on the English throne and her son, Henry Tudor, in exile in Brittany, the newly-widowed Margaret Beaufort, Countess of Richmond, is alone, without protectors. All she can do is wait and watch, planning for a time when she's in a position to make her move. But new dangers are emerging. En route to England is a band of Spanish mercenaries known as the Garduna. With no allegiance to prince, prelate or people, they are a lethal fighting force, utterly ruthless and implacable killers. But who has hired them . . . and why? The discovery of the body of an unexpected visitor, found murdered in a locked room in her London townhouse, heralds the start of a series of increasingly menacing incidents which threaten Margaret and her household. Is there an enemy within? It's up to Margaret's wily clerk Christopher Urswicke to uncover the truth and ensure Margaret survives to fulfil her destiny.