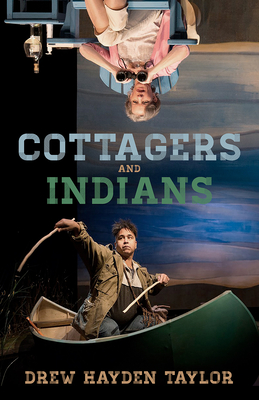 Ojibway writer Drew Hayden Taylor, hailed by the Montreal Gazette as one of Canada's leading Native dramatists, writes for the screen as well as the stage and contributes regularly to North American Native periodicals and national newspapers. His plays have garnered many prestigious awards, and his beguiling and perceptive storytelling style has enthralled audiences in Canada, the United States and Germany. Although based in Toronto, Taylor has traveled extensively throughout North America, honoring requests to read from his work and to attend arts festivals, workshops and productions of his plays. One of his most established bodies of work includes what he calls the Blues Quartet, an ongoing, outrageous and often farcical examination of Native and non-Native stereotypes.Among Taylor's many awards are: the Canada Council Victor Martyn Lynch-Staunton Award for Theatre (2009); the Governor General's Award for Drama, Nominee (2006) In a World Created by a Drunken God; the Siminovitch Prize in Theatre, Nominee (2005); James Buller Aboriginal Theatre Award for Playwright of the Year (1997) Only Drunks and Children Tell the Truth; and the Dora Mavor Moore Award for Outstanding New Play, Small Theatre Division (1996) Only Drunks and Children Tell the Truth.