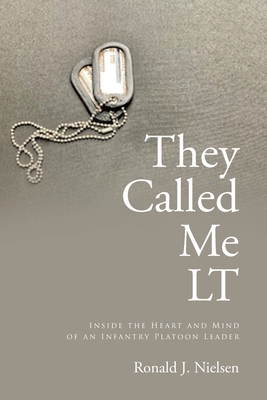 By Ronald J. Nielsen
$26.95
Available from our Warehouse (Not in store currently)

A young man is thrust into a leadership position in an environment completely foreign from how he was raised. He must use all of his resources and knowledge to intelligently make decisions that directly affect his life, and the life of the men under his command in a combat situation. His men approached the lieutenant and told him they were going to call him LT. They said they wouldn't salute him or call him "sir" or "lieutenant." When he asked why they were doing this, they told him that they were protecting him just in case Charlie was listening or watching. They told him he was a good platoon leader, and they didn't want him killed. Follow the young man and enter his mind to share his thoughts as he navigates his way through his time as a military officer in the US Army.