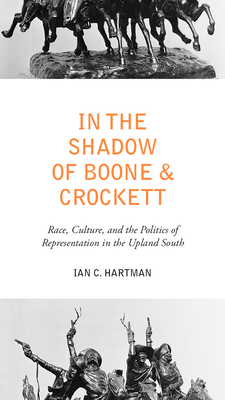 Extending from the southern Appalachians through the rolling hills of Kentucky and Tennessee to the Ozarks of Arkansas and Missouri, the upland South emerged in American lore as the setting where Daniel Boone, David Crockett, and other rugged frontiersmen forged a modern nation and headed west to become the progenitors of what some viewed as a new and superior “American race.” Others, however, saw this region as the breeding ground of poor, debased whites—the “hillbillies” and “white trash” of popular stereotypes. These conflicting identities have long dominated public discourse about the region, as well as fostered a deep fascination with it.
In this compelling study, part political and part cultural history, Ian C. Hartman probes the late-nineteenth-century context from which this paradox arose and the array of personalities, expressions, and policies that sought to resolve it—or at least make sense of it—in the decades that followed. He begins by investigating the writings of “race theorists” including future president Theodore Roosevelt, whose multivolume The Winning of the West (1889–96) furthered the tale of a heroic and distinctly American stock who, “with axe and rifle,” conquered a continent. Hartman relates these myths to the rise of the early-twentieth-century eugenics movement, which sought to regenerate and purify a once proud but now impoverished and degraded people through policies that included forced sterilization to weed out “imbeciles.” Hartman goes on to showcase the surprising ways in which the contradictory identity of the upland South affected broader national debates about imperialism, crime and punishment, poverty and inequality, and the growth and decline of the postwar welfare state.
Whether considering the racial implications of a 1930s Appalachian folk festival, the stereotypical but often sympathetic portrayals of rural southerners in sitcoms like The Beverly Hillbillies and The Andy Griffith Show, or the shifting perceptions of President Lyndon B. Johnson’s War on Poverty, In the Shadow of Boone and Crockett is a consistently provocative book that invites readers to ponder a fresh a set of ideas about America’s “race history” that have shown remarkable traction for more than a century.

Ian C. Hartman is an assistant professor of history at the University of Alaska Anchorage. His articles and reviews have appeared in the Journal of Southern History, Cultural Studies—Critical Methodologies, Appalachian Journal, and Multicultural America: A Multimedia Encyclopedia, among other publications.

“Well-researched and well argued, provocative and imaginative, In the Shadow of Boone and Crockett examines the image of the “pure” Appalachian Anglo-Saxons who furnished hope for the future, and the less flattering image of the degenerate, poverty-stricken mountaineers with blood on their hands. In a wide-ranging exploration that reaches from Teddy Roosevelt to JFK, Ian C. Hartman examines the idea of Appalachian exceptionalism over time and what that has meant for the region and for America.”
—James C. Klotter, state historian of Kentucky and professor of history, Georgetown College