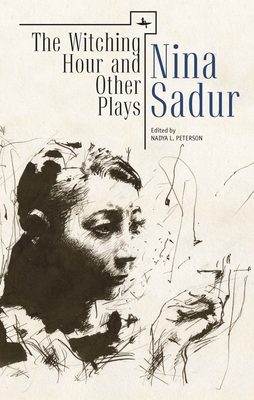 Nina Sadur, the playwright, occupies a prominent place in the Soviet/Russian drama pantheon of the 1980s and 1990s, a group that has with few exceptions been generally ignored by the Western literary establishment. The plays included in this volume offer some of Sadur's most influential works for the theater to the English-speaking audience for the first time. The collection will appeal to readers interested in Russian literature and culture, Russian theater, as well as women's literature. Sadur's plays are inspired by symbolist drama, the theater of the absurd and Russian folklore, yet are also infused with contemporary reality and populated by contemporary characters. Her work is overtly gynocentric: the fictional world construes women's traditionally downplayed concerns as narratively and existentially central and crucial. Sadur's drama has exerted a tremendous influence on contemporary Russian literature. Working essentially in isolation, Sadur was able to combine the early twentieth century dramatic discourse with that of the late Soviet era. Having built a bridge between the two eras, Sadur prepared the rise of the new Russian drama of the 2000s.

Born in Riga, Latvia, Nadya L. Peterson was educated in Moscow, Russia and received her Ph.D. in Russian literature from Indiana University. She is currently an Associate Professor of Russian at Hunter College of the City University of New York and the Head of the Russian and Slavic Studies Program at Hunter. Peterson is also on the faculty of the doctoral program in the Department of Comparative Literature at the CUNY Graduate Center. She is a specialist on contemporary Russian prose and women's literature. Peterson is the author of Subversive Imaginations: Fantastic Prose and the End of Soviet Literature, 1970s-1990s and of a number of articles on various aspects of Russian literature, culture and education. She is a published translator and editor, most recently of Russian Love Stories (Peter Lang, 2009).