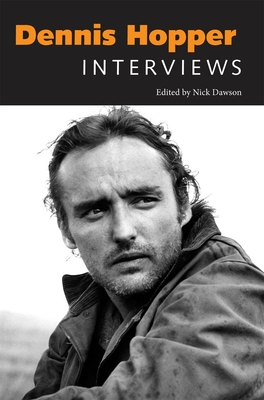 The legendary Dennis Hopper (1936-2010) had many identities. He first broke into Hollywood as a fresh-faced young actor in the 1950s, redefined himself as a rebel director with Easy Rider in the late 1960s, and became a bad boy outcast for much of the 1970s. He returned in the 1980s with standout performances in films like Blue Velvet and Hoosiers, was one of the great blockbuster baddies of the 1990s, and ended his career as a ubiquitous actor in genre movies. Hopper, however, was much more than just an actor and director: he was also a photographer, a painter, and an art collector not to mention a longtime hedonist who kicked his addiction to drugs and alcohol and became a poster boy for sobriety. Dennis Hopper: Interviews covers every decade of his career, featuring conversations from 1957 through to 2009, and not only captures him at the significant points of his tumultuous time in Hollywood but also focuses on the lesser-known aspects of the man. In this fascinating and highly entertaining volume--the first ever collection of Hopper's interviews--he talks in depth about film, photography, art, and his battles with substance abuse and, in one instance, even takes the role of interviewer as he talks with Quentin Tarantino.

Nick Dawson is a contributing editor for Filmmakermagazine. He is also the associate editor for the FilminFocus website, a freelance film journalist, and author of Being Hal Ashby: Life of a Hollywood Rebel, the first biography of the director.