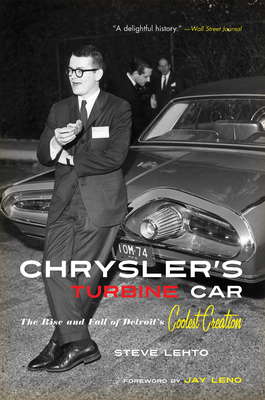 In 1964, Chrysler gave the world a glimpse of the future. The automaker built a fleet of turbine cars—automobiles with jet engines—and lent them out to members of the public. The fleet logged over a million miles; the exercise was a raging success.

These turbine engines would run on any flammable liquid—diesel, heating oil, kerosene, tequila, even Chanel No. 5. If the cars had been mass produced, today we might have cars that do not require petroleum-derived fuels. The engine was also much simpler than the piston engine—it contained far fewer moving parts and required much less maintenance. The cars had no radiators or fan belts and never needed oil changes.

Yet Chrysler crushed and burned most of the cars two years later; the jet car’s brief glory was over. Where did it all go wrong?

Steve Lehto has interviewed all the surviving members of the turbine car program, from the metallurgist who created the exotic metals for the interior of the engine to the test driver who drove it at Chrysler’s proving grounds for days on end. Lehto takes these firsthand accounts and weaves them into a fascinating story about the coolest car Detroit has ever produced.

Steve Lehto is an author and an adjunct professor of law and Michigan history at the University of Detroit Mercy. He is the author of Death’s Door: The Truth Behind Michigan’s Largest Mass Murder, a 2007 Michigan Notable Book, and Michigan’s Columbus: The Life of Douglass Houghton. Jay Leno is a stand-up comedian, a television host, and a writer. He contributes a column to Popular Mechanics, which showcases his collection of more than 200 vehicles and advice about automotive topics.

"A fascinating example of engineering and product development. . . . Motorheads will love it."  —Library Journal

"Steve Lehto's lively history of Chrysler's turbine car program is a must read for anyone interested in the history of the automobile in the jet age."  —David N. Lucsko, author, The Business of Speed: The Hot Rod Industry in America, 1915–1990