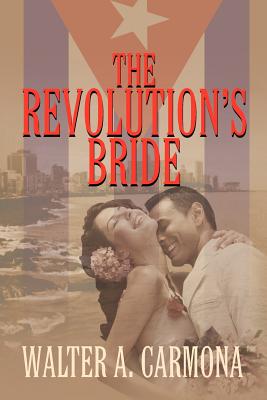 This incredible inside story about the Cuban revolution is also a romance, showing the love of Cubans for their nation.Set amid the political and economic turmoil in Cuba from 1945 to 1963, The Revolution's Bride describes the mob's role, and foreign influences on Cuba's politics and economy.While this is a work of historical fiction, everything is well-documented, providing a provocative and in-depth look at key players in the revolution. Meet Che Guevara, Camilo Cienfuegos, Celia Sanchez and many others.Says author Walter A. Carmona, "I was born in New York to Cuban and Italian immigrants. I earned degrees in political science and secondary education at Florida Atlantic University. When my mother passed away when I was age four, I was sent to Cuba during the revolutionary years to live with my eventual stepmother, Norma Busot-Ramos, who had been Fidel's secretary as well as engaged to one of his closest friends and mentor, Abel Santamaria. After receiving Norma's memoirs, I began to be inspired by the beauty, art, music and politics of Cuba. "Having lived in Cuba during the revolution and having been surrounded by the revolutionaries in Fidel's inner circle, I bring a keen insight and personal reality to the subject of Fidel and the Cuban revolution. My closeness to the revolution and its players allows me to delve into the who, what, where and when of this controversial subject."Walter A. Carmona is a retired high school teacher. He left Cuba in 1963.Publisher's website: http: //sbpra.com/WalterACarmona