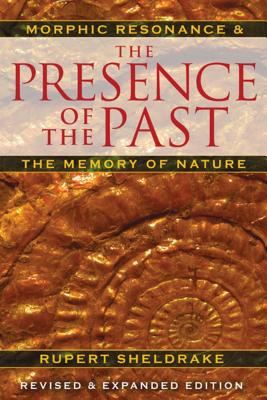 Explains how self-organizing systems, from crystals to human societies, share collective memories that influence their form and behavior

In this fully revised and updated edition of The Presence of the Past, Cambridge biologist Rupert Sheldrake lays out new evidence and research in support of his controversial theory of morphic resonance and explores its far-reaching implications in the fields of biology, chemistry, physics, psychology, and sociology.

His theory proposes that all self-organizing systems, from crystals to human society, inherit a collective memory that influences their form and behavior. This collective memory works through morphic fields, which organize the bodies of plants and animals, coordinate the activities of brains, and underlie conscious mental activity. Sheldrake shows how all human beings draw upon and contribute to a collective human memory and that even our individual recollections depend on morphic resonance rather than physical storage in the brain. He explores the major role that morphic resonance plays not just in animal instincts and cultural inheritance, such as religion and ritual, but also in the larger process of evolution, which Sheldrake shows to be more an interplay of habit and creativity than a mere “survival of the fittest.”

Offering a replacement for the outdated, mechanistic worldview that has dominated biology since the nineteenth century, Sheldrake’s new understanding of life, matter, and mind shows that rather than being ruled by fixed laws, nature is essentially habitual. And because memory is inherent in nature, he explains, in order to survive successfully for generations to come, we will have to give up our old habits of thought and adopt new ones: habits that are better adapted to life in a world living in the presence of the past--as well as the presence of the future.

Rupert Sheldrake is a biologist, a former research fellow of the Royal Society at Cambridge, a current fellow of the Institute of Noetic Sciences near San Francisco, and an academic director and visiting professor at the Graduate Institute in Connecticut. He received his Ph.D. in biochemistry from Cambridge University and was a fellow of Clare College, Cambridge University, where he carried out research on the development of plants and the ageing of cells. He is the author of more than eighty scientific papers and ten books, including Dogs That Know When Their Owners Are Coming Home; Morphic Resonance; The Presence of the Past; Chaos, Creativity, and Cosmic Consciousness; The Rebirth of Nature; and Seven Experiences That Could Change the World. In 2019, Rupert Sheldrake was cited as one of the "100 Most Spiritually Influential Living People in the World" according to Watkins Mind Body Spirit magazine.

"Few of us recognize revolutions in the making. Anyone who wants to be able to say in the future, 'I was there,' had better read The Presence of the Past."

"Bold, clear, and incisive, Sheldrake's thesis constitutes a sweeping challenge to the very fundamentals of established science. It may outrage or delight, but it will never fail to stimulate. Sheldrake has a remarkable ability to identify the weak spots of scientific orthodoxy."
— Paul Davies, author of The Edge of Infinity

"So compelling that it sets the reader to underlining words and scribbling notes in the margin."
— Washington Post

"Rupert Sheldrake is the most controversial scientist on Earth."
— Robert Anton Wilson, author of Prometheus Rising and The Illuminati Papers