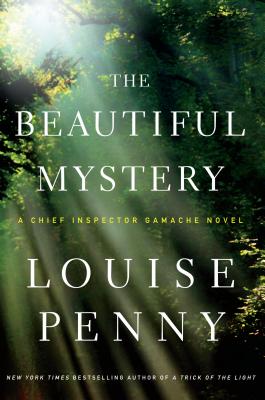 By Louise Penny
This title is hard to find, please call the store for our current availability.

“In the eighth mystery in this popular series, Chief Inspector Gamache finds himself investigating a murder in a remote abbey in the wilds of the Canadian forest. The only clue appears to involve an ancient form of church music, the very earliest Gregorian chant. As usual, Penny's complex characters and their multidimensional relationships, as well as the unusual setting, make this a fascinating reading experience. Each book in the series is better than the one before.”
— Anne McMahon, Boswell Book Company, Milwaukee, WI

The brilliant new novel in the "New York Times" bestselling series by Louise Penny, one of the most acclaimed crime writers of our time No outsiders are ever admitted to the monastery of Saint-Gilbert-Entre-les-Loups, hidden deep in the wilderness of Quebec, where two dozen cloistered monks live in peace and prayer. They grow vegetables, they tend chickens, they make chocolate. And they sing. Ironically, for a community that has taken a vow of silence, the monks have become world-famous for their glorious voices, raised in ancient chants whose effect on both singer and listener is so profound it is known as "the beautiful mystery." But when the renowned choir director is murdered, the lock on the monastery's massive wooden door is drawn back to admit Chief Inspector Armand Gamache and Jean-Guy Beauvoir of the Surete du Quebec. There they discover disquiet beneath the silence, discord in the apparent harmony. One of the brothers, in this life of prayer and contemplation, has been contemplating murder. As the peace of the monastery crumbles, Gamache is forced to confront some of his own demons, as well as those roaming the remote corridors. Before finding the killer, before restoring peace, the Chief must first consider the divine, the human, and the cracks in between.

LOUISE PENNY is "The" "New York Times "and" Globe and Mail "bestselling author of eight Chief Inspector Armand Gamache novels. She has been awarded the John Creasey Dagger, Nero, Macavity and Barry Awards, as well as two each of the Arthur Ellis and Dilys Awards. Additionally, Louise has won four Agatha Awards and four Anthony Awards. Her most recent novel, "The Beautiful Mystery "debuted at #2 on the "New York Times "bestseller list. She lives in a small village south of Montreal.