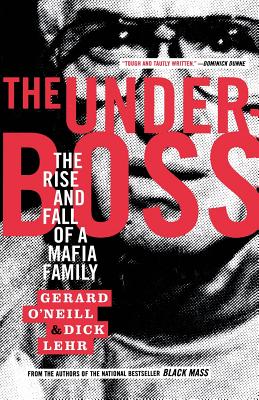 By Dick Lehr, Gerard O'Neill
$16.99
Available from our Warehouse (Not in store currently)

On February 26, 1986, Mafia underboss Gennaro Angiulo was convicted of racketeering and sentenced to forty-five years in prison. In The Underboss, bestselling authors Dick Lehr and Gerard O'Neill tell the story of the fall of the house of Angiulo. The Federal Bureau of Investigation, aided in part by the Irish Mob's Whitey Bulger, entered the Boston Mafia's headquarters in Boston's North End early one morning in 1981 and began to compile the evidence that would lead to the entire upper tier of one of the most profitable and ruthless criminal enterprises in America.

Originally published in hardback by St. Martin's in 1989, The Underboss became a national bestseller. Information uncovered during the course of Lehr and O'Neill's Black Mass investigations adds new dimensions to the story and the authors include this new material-including Whitey Bulger's cagey manipulation of the FBI-in The Underboss's revised text and in a new preface and afterword.

Dick Lehr, a professor of journalism at Boston University, has won numerous national and regional journalism awards. He is a former investigative reporter, legal affairs, and magazine writer for the Boston Globe, where he was a Pulitzer Prize finalist in investigative reporting. He is the author of The Fence: A Police Cover-up along Boston's Racial Divide, an Edgar Award finalist for best nonfiction, and coauthor of the New York Times bestseller and Edgar Award winner Black Mass: Whitey Bulger, the FBI, and a Devil's Deal, and its sequel, Whitey: The Life of America's Most Notorious Mob Boss. He lives outside Boston with his wife and four children.

Gerard O'Neill recently retired as the editor of the Boston Globe's Spotlight Team, one of the nation's top investigative reporting units. He has won a Pulitzer Prize, been a Pulitzer finalist, won the Hancock Award, the Loeb Award, and many others.