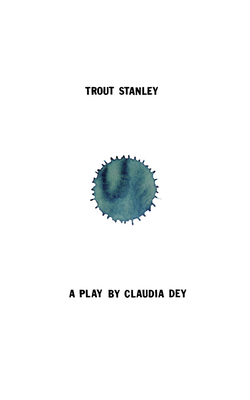 Described by Variety as 'Yukon Gothic, ' Claudia Dey's acclaimed play Trout Stanley is set in northern British Columbia, on the outskirts of a mining town between Misery Junction and Grizzly Alley. In this inhospitable setting live a pair of sisters, twins who are not identical in any way: Sugar, a complicated, insecure waif who still wears the tracksuit her mother died in ten years prior, and Grace, a rough-and-tumble hellcat who owns the local dump. At the play's opening, it is their thirtieth birthday, and the TV news has announced the disappearance of a local Scrabble-champ stripper. While Grace is at the dump, housebound Sugar is surprised by a mysterious drifter, one Trout Stanley, foot fetishist and fake cop, who is searching for the lake where his parents drowned - a fishy story if there ever was one. He quickly becomes mired in a surreal love triangle with the two sisters.

Trout Stanley is about three people who confuse codependence for co-operation and affliction for affection. An eccentric, captivating story in which the biggest catch of all is love.