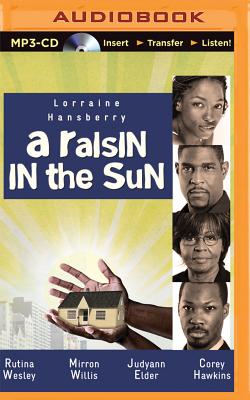 By Lorraine Hansberry, Judyann Elder (Read by)
This title is hard to find, please call the store for our current availability.

This new recording of Lorraine Hansberry's classic play chronicles a working-class African-American family struggling to maintain dignity in a harsh world. With her late husband's insurance money finally in hand, Mama Lena dreams of moving to a better home. However, her children have other plans: Walter Lee wants to buy a liquor store, and Beneatha wants to go to medical school. What happens when family dreams drastically diverge? A Raisin in the Sun is a seminal American drama and a heroic testament to hope.

Directed by Lou Bellamy. Recorded before a live audience.