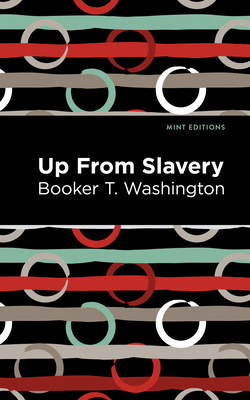 By Booker T. Washington, Mint Editions (Contribution by)
$9.99
Available from our Warehouse (Not in store currently)

From a child slave put to hard labor to a college president and advisor to presidents, Booker T. Washington's autobiography powerfully describes his journey and what it taught him about the possible future of Blacks in the United States.

This autobiography is a cornerstone work of African-American literature. Washington tells of his experience in bondage as a child-slave, the hard labor he performed in salt mines post-slavery, and the role of his mother in demonstrating the strength and values that enabled him to continue to strive and rise above these often brutal circumstances. His hard-won education led him to become a teacher and build Tuskegee University with bare minimum resources, much of it literally one brick at a time. Despite these challenges, and encountering white opposition to the very concept of educating blacks, Washington believed that failing to make the university a reality would be a disservice to blacks nationwide. Inspiring throughout, the author advocates self-reliance through productive work, community service, and perseverance, and without bravado presents himself as a worthy example of how successful this path can be. His book still generates controversy as his conception of the rise of blacks through personal industry, leading gradually to their advancement in society, was deemed by some to be a slow and costly compromise. Others saw it as an example of pragmatic realism borne of necessity in the Reconstruction era South. Regardless of latter-day interpretations, Up From Slavery is a powerful document of how one man rose to prominence against terrible odds, then used his success and fame in a sustained attempt to better the lives of his fellows. This is an indispensable document of Black lives in an era scarcely more than 100 years in the past and its account of courage and dedication will not be forgotten.

With an eye-catching new cover, and professionally typeset manuscript, this edition of Up From Slavery is both modern and readable.