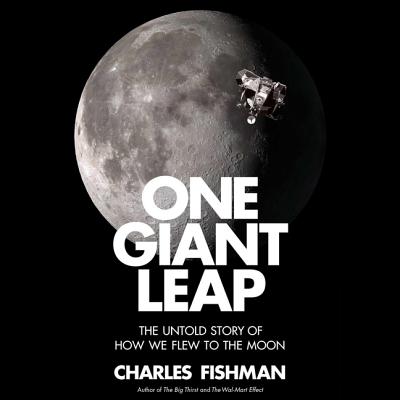 By Fred Sanders (Read by), Charles Fishman
This title is hard to find, please call the store for our current availability.

From New York Times bestselling author of The Wal-Mart Effect, Charles Fishman reveals the untold true story of the men and women charged with taking the United States to the Moon.President John F. Kennedy astonished the world on May 25, 1961, when he announced to Congress that the United States would land a man on the Moon by 1970. No group was more surprised than the engineers at NASA. On the day of the historic speech, America had a total of fifteen minutes of spaceflight experience--with just five of those minutes outside the atmosphere. In fact, Soviet canines had more spaceflight experience than US astronauts. To fulfill President Kennedy's mandate, NASA engineers had to invent space travel. When Kennedy announced his goal, no one knew how to navigate to the Moon. No one knew how to build a rocket big enough to fly to the Moon. No one knew how to build a computer small enough to put on that rocket. No one knew how to feed astronauts in space, and no one knew how astronauts would even use the bathroom in space. And NASA had just nine years to make it happen. In One Giant Leap, Charles Fishman introduces readers to the men and women tasked with putting a man on the moon. From the halls of MIT, where the eccentric and legendary digital pioneer Charles Draper created the two computers aboard Apollo 11, to the factories where hundreds of women weaved computer programs with copper wire, Fishman captures the sweeping achievement of these ordinary Americans. This is the captivating story of men and women charged with changing the world as we know it--their leaders, their triumphs, their near disasters, all of which led to arguably the greatest success story of the twentieth century.