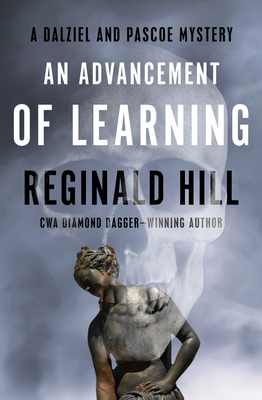 The "master of . . . cerebral puzzle mysteries" sends his Yorkshire detectives back to college to be taught a lesson in murder (The New York Times). Reginald Hill "raised the classical British mystery to new heights" when he introduced pugnacious Yorkshire Det. Inspector Andrew Dalziel and his partner, the callow Sgt. Peter Pascoe (The New York Times Book Review). Their chafing differences in education, manners, technique, and temperament made them "the most remarkable duo in the annals of crime fiction" (Toronto Star). Adapted into a long-running hit show for the BBC, the Gold Dagger Award-winning series is now available as ebooks. If Alison Girling, former principal of England's Holm Coultram College, died in an avalanche in Austria, why has her skeleton been unearthed on campus? While no love is lost between conservative detective Andrew Dalziel and the entirety of Liberal Arts, his attention to the grim discovery must be paid. But when he and Peter Pascoe scour the ivory tower for answers, they discover that the shady faculty and creepy student body have more to bury than just one corpse. Try two--and counting. As Pascoe is sidelined by an old college flame, Dalziel's suspicions of academia are becoming dire. Because the deeper he digs for secrets, the dirtier they get in this "steadily, edgily amusing . . . dark comedy" (Kirkus Reviews). An Advancement of Learning is the 3rd book in the Dalziel and Pascoe Mysteries, but you may enjoy reading the series in any order.

Reginald Hill was an English crime writer and fellow of the Royal Society of Literature. He won the 1995 Crime Writers' Association Diamond Dagger for Lifetime Achievement.