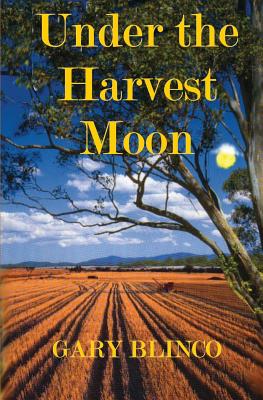 A shadowy form moved in a crouch along the creek bank, a stout club upraised and silhouetted against the sparkling surface of the stream. It approached the forms of the man and the woman as they lay quietly on the rug in the moonlight near the water's edge. The woman's head rested on the man's chest as he lay on his back, as if in a deep sleep. The blows from the club came quickly and viciously, crushing the flesh and bone of the man's head and face, and then the blows fell about the woman's head. She did not stir as her head exploded like a ripe melon. She fell sideways away from the man under the force of the attack, her matted hair gleaming wetly in the moonlight. The stillness of the night was broken by the eerie sounds of the bush; the lazy honking of the wild ducks, the croaking of the frogs and the mopokes, and the laboured breathing of the attacker. The figure tossed the club into the creek before splashing into the water and swimming strongly to the far side. Then it left the stream and moved briskly along the opposite bank, heading north towards the bush track that passed by Brinkley's cottage ... In this his third novel, Gary Blinco paints a graphic picture of coun- try life as family conflict, romance and murder unfold on the Darling Downs in a time of challenge and change during the first bulk wheat harvest in 1957. This book provides an entertaining read and works on three levels: as history, romance and mystery, all in a competent way.