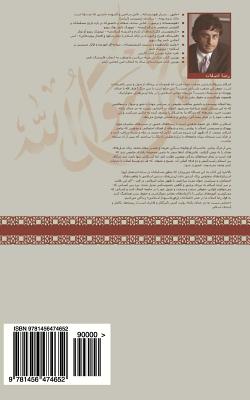 By Reza Aslan, Arash Azizi (Translator)
This item is not available for sale on this site.

The book to read about the history, cultures, and conflicts (internal and external) of the Islamic world. Concise, accessible, and quite beautiful.

Reza Aslan is an internationally acclaimed writer and scholar of religions, Aslan holds a PhD in Islamic Studies from the University of California, Santa Barbara and a Master of Fine Arts in Fiction from the Iowa Writers' Workshop. His first book, No god but God: The Origins, Evolution, and Future of Islam was an international bestseller and has been translated into thirteen languages including Arabic, Turkish, Hebrew, and Indonesian (Persian and Urdu translations forthcoming). Blackwell Publishers named No god but God as one of the 100 most important books of the last decade. He is also the author of How to Win a Cosmic War: God, Globalization and the End of the War on Terror (published in paperback as Beyond Fundamentalism) as well as Editor of an anthology of modern literature from the Middle East entitled Tablet & Pen: Literary Landscapes from the Modern Middle East. Aslan is Chief Creative Officer of BoomGen Studios, a mini-motion picture and media company focused entirely on entertainment about the Greater Middle East and its Diaspora communities. Born in Iran, he now lives in Los Angeles where he is Associate Professor of Creative Writing at the University of California, Riverside.