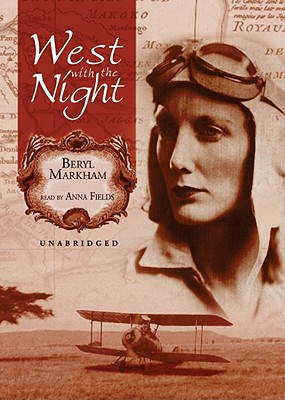 By Beryl Markham, Anna Fields (Read by)
This item is not available for sale on this site.

This beautifully written autobiography brings us the remarkable life story of Beryl Markham, the first person to fly solo across the Atlantic from east to west. Brought up on a farm in Kenya, Markham chose to stay in Africa when, at seventeen, her father lost their farm and went to Peru. She began an apprenticeship as a racehorse trainer which turned into a highly successful career. In her twenties, Markham gave up horses for airplanes and became the first woman in East Africa to be granted a commercial pilot's license, piloting passengers and supplies in a small plane to remote corners of Africa. As rich and inspiring as when it was first written, West with the Night captures the spirit of a true pioneer woman.