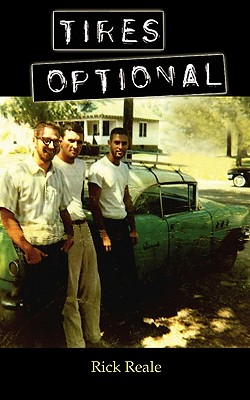 Take a ride with Rick Reale down Nostalgia Lane through the forties, fifties and sixties when cars were cars, kids were kids and when the two got together, there was always an adventure.
In 1963, unable to sell his '55 Buick for the then exorbitant price of $25.00, Rick and two young friends set off in the road tank for a 6,000 mile cross country and back road trip. Their combined wealth was $325.00. The first 3000 miles was driven in 58 hours, despite being slowed down by collecting a few speeding tickets, going to a police station at 3 a.m. to pay a $34.00 fine, getting lost in St. Louis for two hours, stopping for an oil change, and attending mass on Sunday morning. Life was good. Four porthole Buick Roadmasters. '57 T-Birds. GTO's, Barracudas and Buick Wildcat convertibles. These were the trusty inhabitants of Rick's automotive world. Even a '41
Packard Clipper sedan with a hood as long as most people's driveways. The list of splendid -- and some not so splendid -- cars that Rick has owned goes on and on, and Rick has a story for each of them. Tires Optional brings back the days when a good car cost you less than a hundred bucks, drain oil was ten cents a quart, and a gallon of gas was a mere two bits. If the car had a radio, you were listening to Chuck Berry and Jerry Lee Lewis. America was strong and was respected, and we made cars that didn't sound like a Campbell's soup can when you tapped the hood.
Rick Reale is a former educator who turned tradesman and fulfilled the spirit of art and craftsmanship through colors and decoration. His hobby of automotive interests provided him endless opportunities to study the history of mechanical transportation and experience firsthand many of these wheeled wonders. Ironically, he has spent the last fifty years with a great lady who hates car talk, but who quietly has put up with him and his antics while working full time and raising four accomplished offspring.