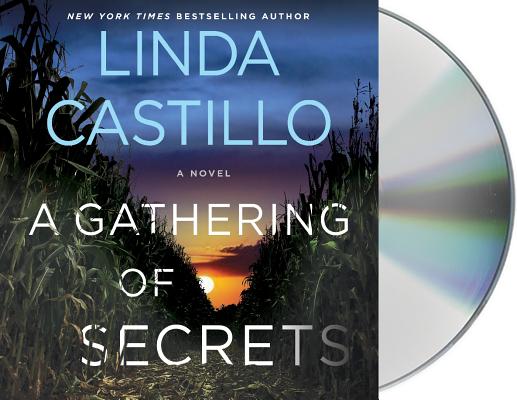 By Linda Castillo, Kathleen McInerney (Read by)
This title is hard to find, please call the store for our current availability.

"The audio book format is especially good, due entirely to the skillful reading of Kathleen McInerney...one doesn't ordinarily begin an audio review with plaudits for the reader, but in a few cases it's entirely justified, and this is one of them." — NJ.com

A deadly fire exposes the dark side of Amish life in A Gathering of Secrets, the harrowing new thriller audiobook in Linda Castillo's New York Times bestselling series.

When a historic barn burns to the ground in the middle of the night, Chief of Police Kate Burkholder is called in to investigate. At first it looks like an accident, but when the body of eighteen-year-old Daniel Gingerich is found inside—burned alive—Kate suspects murder. But who would want a well-liked, hardworking Amish man dead? Kate delves into the investigation and discovers Daniel had a dark side. He was a sexual predator. His victims were mainly Amish women, too afraid to come forward, and he’s been getting away with it for far too long. Now someone has stopped him, but who? The women he victimized? Their boyfriends? Their parents?

As Kate wades through a sea of suspects, she’s confronted by her own violent past and an unthinkable possibility.

"McInerney's masterly technique makes aurel sense of the plain and kind Amish people bewildered by the violence, thuggery, and corruption that have come among them. McInerney's characters are alive, all human and believable." — AudioFile Magazine on Among the Wicked

"Kathleen McInerney does an excellent job of portraying this diverse cast, especially the Amish, who she instills with a shy, quiet dignity, and she handles the Pennsylvania Dutch language with the ease of a native." — Publishers Weekly on Pray for Silence

"Adapting her tempo and energy to match the story line, McInerney seamlessly shifts from action to dialogue, tweaking the tension to keep listeners' full attention." — AudioFile Magazine on Gone Missing

"The audio book format is especially good, due entirely to the skillful reading of Kathleen McInerney. McInerney has been the voice for every audio book in this series, and she infuses Kate's character with nuances that will stay with you and make you a fan." -Inside Jersey Magazine, Best of 2018