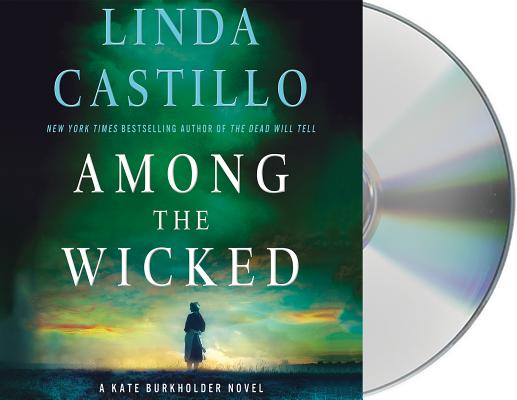 By Linda Castillo, Kathleen McInerney (Read by)
This title is hard to find, please call the store for our current availability.

This is book number 8 in the Kate Burkholder series.

Chief of Police Kate Burkholder is called upon by the sheriff's department in rural, upstate New York to assist on a developing situation that involves a reclusive Amish settlement and the death of a young girl. Unable to penetrate the wall of silence between the Amish and "English" communities, the sheriff asks Kate to travel to New York, pose as an Amish woman, and infiltrate the community.

Kate's long time love interest, State Agent John Tomasetti, is dead set against her taking on such an unorthodox assignment, knowing she'll have limited communication - and even less in the way of backup. But Kate can't turn her back, especially when the rumor mill boils with disturbing accounts of children in danger. She travels to New York where she's briefed and assumes her new identity as a lone widow seeking a new life.

Kate infiltrates the community and goes deep under cover. In the coming days, she unearths a world built on secrets, a series of shocking crimes, and herself, alone... trapped in a fight for her life.

"If you haven't yet discovered Kate Burkholder, the Amish-born police chief of Painters Mill, Ohio, this fine performance by Kathleen McInerney is a perfect place to start. . . . McInerney's masterly technique makes aural sense of the plain and kind Amish people bewildered by the violence, thuggery, and corruption that have come among them. McInerney's characters are alive, all human and believable."
—AudioFile

"Murder in Amish country has a certain added frisson, and Castillo's the master of the genre."
—People

"Among the Wicked is a high-speed, adrenaline-filled case of terror and intrigue: fast-paced and plot-driven, but with nuanced characters and an eye for detail."
—Shelf Awareness

"If you like the work of Tana French—and yes, you should—Castillo is every bit as good, and much closer to home."
—Book Reporter

"If you haven't yet discovered Kate Burkholder...this fine performance by Kathleen McInerney is a perfect place to start."
-AudioFile