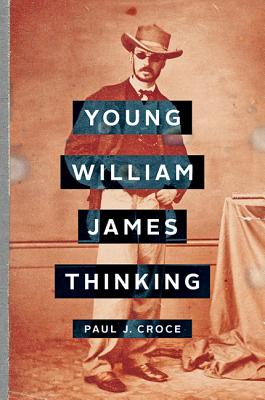 During a period of vocational indecision and deep depression, young William James embarked on a circuitous journey, trying out natural history field work, completing medical school, and studying ancient cultures before teaching physiological psychology on his way to becoming a philosopher. A century after his death, Young William James Thinking examines the private thoughts James detailed in his personal correspondence, archival notes, and his first publications to create a compelling portrait of his growth as both man and thinker.

By going to the sources, Paul J. Croce's cultural biography challenges the conventional contrast commentators have drawn between James's youthful troubles and his mature achievements. Inverting James's reputation for inconsistency, Croce shows how he integrated his interests and his struggles into sophisticated thought. His ambivalence became the motivating core of his philosophizing, the heart of his enduring legacy. Readers can follow James in science classes and in personal "speculations," studying medicine and exploring both mainstream and sectarian practices, in museums reflecting on the fate of humanity since ancient times, in love and with heart broken, and in periodic crises of confidence that sometimes even spurred thoughts of suicide.

A case study in coming of age, this book follows the famous American philosopher's vocational work and avocational interests, his education and his frustrations--young James between childhood and fame. Anecdotes placed in the contexts of his choices shed new light on the core commitments within his enormous contributions to psychology, philosophy, and religious studies. James's hard-won insights, starting with his mediation of science and religion, led to his appreciation of body and mind in relation. Ultimately, Young William James Thinking reveals how James provided a humane vision well suited to our pluralist age.

Paul J. Croce is a professor of history and American studies at Stetson University and a former president of the William James Society. He is the author of Science and Religion in the Era of William James: Eclipse of Certainty, 1820-1880.