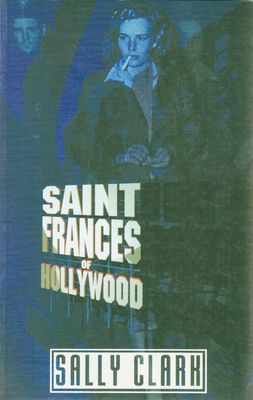 Her star rising as a Hollywood diva, Frances Farmer chooses to join the socialist Group Theatre in New York. This idealistic, raucous and non-conforming movie star, pursued by the government for her alleged communist connections, was finally incarcerated with the help of her mother at Steilacoom, a Seattle psychiatric hospital, where she was lobotomized and released as "cured" in 1949. Saint Frances of Hollywood has taken the biographical details of Frances Farmer's life and transformed them into a mesmerizing and quintessential classical tragedy. Cast of 4 women and 4 men.

Sally ClarkBorn in Vancouver, Sally Clark is a critically acclaimed playwright who has been dazzling audiences with her penchant for dark humour, ironic wit and sharp character portrayals. Her plays, typically presented in a series of short, vivid and fast-paced scenes, seamlessly combine comedic and tragic motifs to tell the stories of strong and adventurous women. She is also an accomplished painter, director and filmmaker.

It is this mix of facct and fantasy that Clark has captured so brilliantly and used to striking advantage the effect is brutally chilling.
Variety