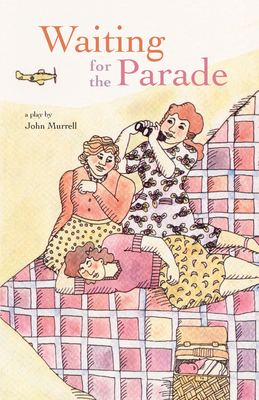 Waiting for the Parade is John Murrell's play, set in Calgary during World War II, in which five women gather to work for the war effort while their men are away. Waiting for the Parade was first performed by Alberta Theatre Projects, Calgary. Subsequently, it has been performed by Northern Light Theatre, Edmonton; Bastion Theatre, Victoria; Tarragon Theatre, Toronto; the National Art Centre, Ottawa; Centaur Theatre, Montreal; and at the Lyric Hammersmith Theatre in London, England.

John Murrell was born in 1945 in Texas, but has lived for many years in Calgary, Alberta. He has been playwright-in-residence with Alberta Theatre Projects from 1975 to 1976, associate director of the Stratford Festival from 1977 to 1978, and head of the Banff Centre School of Fine Arts Playwrights Colony in 1986. In 1988 he was appointed Head of the Canada Council's Theatre Section. Murell's 1980 play Waiting for the Parade has become a classic repertoire piece in theatres in the English-speaking world.