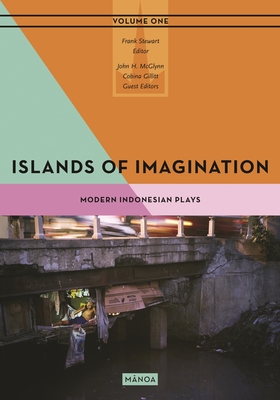 In anticipation of the 2015 Frankfurt Book Fair in October--where Indonesian literature will be spotlighted--MĀNOA journal presents Islands of Imagination, Volume One: Modern Indonesian Plays as its winter 2014 issue. Co-edited by Frank Stewart, John H. McGlynn, and Cobina Gillitt, the volume contains seven works written between 1933 and 2009. These plays are all united by the literary artistry and treatment of social issues that characterize modern Indonesian drama. Contributors include Rita Matu Mona, Armijn Pan , N. Riantiarno, Ratna Sarumpaet, Iwan Simatupang, Luna Vidya, and Putu Wijaya.

Modern Indonesian Plays is published in cooperation with the Lontar Foundation of Indonesia. The second volume will follow as the winter 2015 issue.John H. McGlynn is a Jakarta-based editor, translator, and the founder of the Lontar Foundation. Cobina Gillitt, PhD, is a freelance dramaturg, translator, and university professor based in New York City.