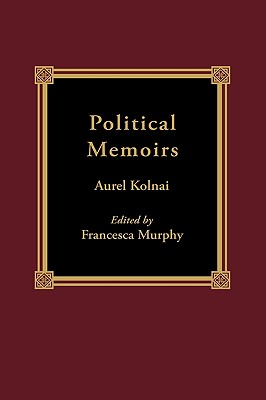 Ranked by many scholars as one of the most important moral philosophers of the twentieth century, Aurel Kolnai has been inexplicably neglected in this country until quite recently. He is best known for his works of political philosophy, recently published under the title The Utopian Mind: A Critical Study in Moral and Political Philosophy. Here, for the first time ever in English, is Kolnai's magnum opus, his Political Memoirs, superbly annotated and edited by Francesca Murphy of the University of Aberdeen, Scotland. The memoirs recount the author's life, from his childhood in the turn-of-the-century Austro-Hungarian Empire to his education in Germany and his early professional life in prewar Vienna. It was in these formative years that he converted from Judaism to Roman Catholicism and began his career as a writer and philosopher. The narrative continues through his years in exile in the United States and Canada, where he lived before ultimately settling in Great Britain and being granted citizenship in 1955.

Francesca Murphy is in the Department of Divinity with Religious Studies at the University of Aberdeen.