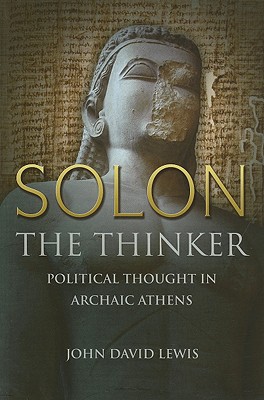 In Solon the Thinker John Lewis presents the hypothesis that Solon saw Athens as a self-governing, self-supporting system akin to the early Greek conceptions of the cosmos. Solon's polis functions not through divine intervention but by its own internal energy, which is founded on the intellectual health of its people, depends upon their acceptance of justice and moderation as orderly norms of life, and leads to the rejection of tyranny and slavery in favour of freedom. But Solon's naturalistic views are limited; in his own life each person is subject to the arbitrary foibles of moira, the inscrutable fate that governs human life, and that brings us to an unknowable but inevitable death. Solon represents both the new rational, scientific spirit that was sweeping the Aegean - and a return to the fatalism that permeated Greek intellectual life. This first paperback edition contains a new appendix of translations of the fragments of Solon by the author.