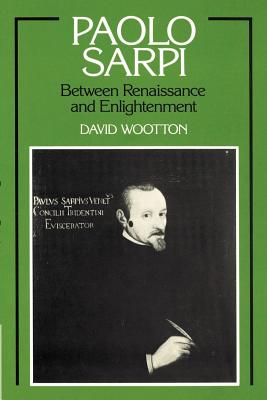 Paolo Sarpi (1552-1623) is remembered as the defender of Venice against the Papal Interdict of 1606 and as the first, and greatest, historian of the Counter-Reformation. The sources of his undoubted hostility to clerical authority have always been a matter of controversy; many contemporaries claimed that Sarpi was an 'atheist', while to others his anticlericalism suggested that he was in secret a Protestant. In the present book David Wootton argues that Sarpi's public opinions must be assessed in the light of the views expressed in his private papers. Starting from the Pensiere, in which Sarpi formulated a series of philosophical and historical arguments against Christianity, Mr Wootton seeks to reinterpret Sarpi's life work as being the expression, not of a love of intellectual liberty, nor of a commitment to Protestantism, but of a carefully thought out hostility to doctrinal religion. This interpretation of Sarpi serves to cast new light on the man and his work. But it also throws new light on the intellectual history of his age. Historians such as Lucien Febvre and R. H. Popkin have sought to deny the existence of systematic unbelief in Sarpi's day. Others, such as Christopher Hill and Carlo Ginzburg, have found evidence of a radical, popular tradition of unbelief. This book seeks, through its account of Sarpi's beliefs, to penetrate the hypocrisy which contemporaries agreed characterised the age, and to lay the foundations for a new understanding of the intellectual origins of unbelief.