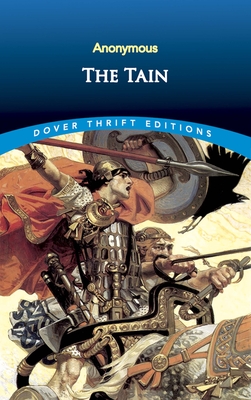 Also known as The Cattle Raid of Cooley, this ancient Irish legend recounts the heroic feats of C Chulainn. The central epic of the eighth-century Ulster cycle, the story is written mostly in prose and set in the pre-Christian era. Scenes of fierce combat, interwoven with instances of earthy humor and wild exaggeration, form an ultimate moral decrying the futility of war and the worthlessness of possessions.
The tale begins with an argument between Ailill and his wife Medb, the queen of Connacht, over which of them is richer. The two are evenly matched save for Ailill's possession of a magical bull. Medb determines to obtain the Brown Bull of Cooley from nearby Ulster, where all the warriors are laid low by a curse -- save for the teenager C Chulainn, who single-handedly fights off the invaders. The T in abounds in historical interest, and Joseph Dunn's translation is both faithful to the Gaelic original and highly accessible to modern readers.

Joseph Dunn is a prolific 20th-century interpreter of Irish literature.