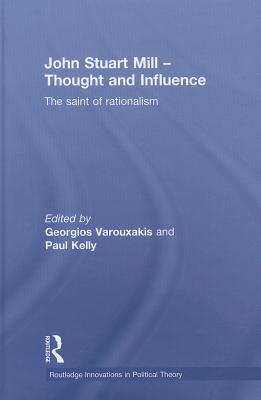 More than two hundred years after his birth, and 150 years after the publication of his most famous essay On Liberty, John Stuart Mill remains one of the towering intellectual figures of the Western tradition. This book combines an up-to-date assessment of the philosophical legacy of Mill's arguments, his complex version of liberalism and his account of the relationship between character and ethical and political commitment. Bringing together key international and interdisciplinary scholars, including Martha Nussbaum and Peter Singer, this book combines the latest insights of Mill scholarship with a long-term appraisal of the ways in which Mill's work has been received and interpreted from the time of his death in 1873 to today.

The book offers compelling insights into Mill's posthumous fate and reputation; his youthful political and intellectual activism; his views on the formation of character; the development of his thought on logic; his differences from his father and Bentham; his astonishingly prescient, environmentally sensitive and 'green' thought; his relation to virtue ethics; his conception of higher pleasures and its relation to his understanding of justice; his feminist thought and its place in contemporary debates and feminist discourses; his defence of free speech and its fundamental significance for his liberalism; and his continued contemporary relevance on a number of major issues.

This book will be of interest to students and scholars of Politics, Political Theory, Philosophy, History, English, Psychology, and also Cultural Studies, Empire studies, nationalism and ethnicity studies.