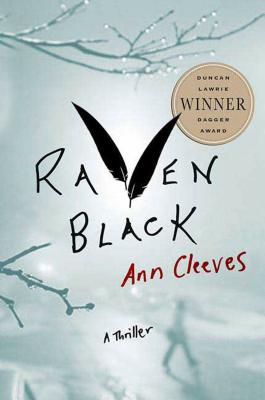 This is book number 1 in the Shetland Island Mysteries series.

The basis for the hit series "Shetland" now airing on PBS.

Raven Black begins on New Year's Eve with a lonely outcast named Magnus Tait, who stays home waiting for visitors who never come. But the next morning the body of a murdered teenage girl is discovered nearby, and suspicion falls on Magnus. Inspector Jimmy Perez enters an investigative maze that leads deeper into the past of the Shetland Islands than anyone wants to go.

Shetland and Vera are available on BritBox in the United States. An adaptation of The Long Call, the first book in her Two Rivers series, premiered on BritBox in 2021.

The first Shetland novel, Raven Black, won the Crime Writers' Association Gold Dagger for best crime novel, Ann was awarded the CWA Diamond Dagger in 2017, and was awarded the OBE in 2022 for services to reading and libraries. She lives in the United Kingdom.