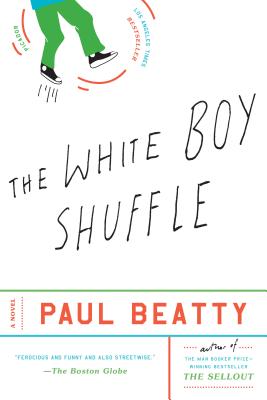 "A bombastic coming-of-age novel....The White Boy Shuffle has the uncanny ability to make readers want to laugh and cry at the same time."--Los Angeles Times

Paul Beatty's hilarious and scathing debut novel is about Gunnar Kaufman, an awkward, black surfer bum who is moved by his mother from Santa Monica to urban West Los Angeles. There, he begins to undergo a startling transformation from neighborhood outcast to basketball superstar, and eventually to reluctant messiah of a "divided, downtrodden people."

Paul Beatty is the author of the novels, Tuff, Slumberland and The White Boy Shuffle, and the poetry collections Big Bank Take Little Bank and Joker, Joker, Deuce. He was the editor of Hokum: An Anthology of African-American Humor. In 2016, he became the first American to win the Man Booker Prize for his novel The Sellout. In 2017, he was the winner the American Academy of Arts and Letters Literature Award. He lives in New York City.

“A bombastic coming-of-age novel . . . The White Boy Shuffle has the uncanny ability to make readers want to laugh and cry at the same time. Beatty mingles horrific reality with wild fancy without ever losing a grip on his story.” —Los Angeles Times

“The White Boy Shuffle is one of those novels of enormous energy and verbal dazzle . . . Mr. Beatty is a fertile and original writer, one to watch.” —The New York Times

“Laugh-out-loud funny and weep-in-silence sad . . . The language is always vibrant and alluring.” —The Nation

“Ferocious and funny and also streetwise.” —The Boston Globe