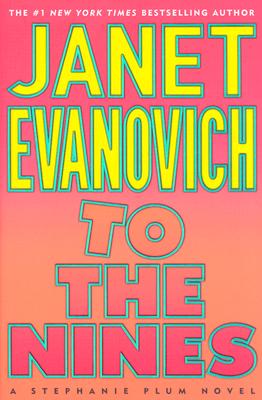 Stephanie Plum's got rent to pay, people shooting at her, and psychos wanting her dead every day of the week (much to the dismay of her mother, her family, the men in her life, the guy who slices meat at the deli . . . oh, the list goes on). An ordinary person would cave under the pressure.

But hey, she's from Jersey.

Stephanie Plum may not be the best bounty hunter in beautiful downtown Trenton, but she's pretty darn good at turning bad situations her way . . . and she always gets her man. In To the Nines, her cousin Vinnie (who's also her boss) has posted bail on Samuel Singh, an illegal immigrant. When the elusive Mr. Singh goes missing, Stephanie is on the case. But what she uncovers is far more sinister than anyone imagines and leads to a group of killers who give new meaning to the word hunter.

In a race against time that takes her from the Jersey Turnpike to the Vegas Strip, Stephanie Plum is on the chase of her life. The unforgettable characters, nonstop action, high-stakes suspense, and sheer entertainment of To the Nines define Janet Evanovich as unique among today's writers.

Bestselling author Janet Evanovich is the recipient of the Crime Writers Association's John Creasy Memorial, Last Laugh, and Silver Dagger awards, as well as the Left Coast Crime's Lefty award, and is the two-time recipient of the Independent Mystery Booksellers Association's Dilys award. She lives in New Hampshire, where she is at work on her next Stephanie Plum adventure.