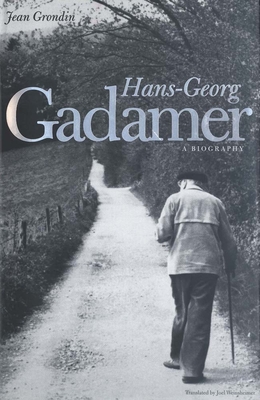 By Jean Grondin, Joel Weinsheimer (Translated by)
$47.00
Available from our Warehouse (Not in store currently)

Hans-Georg Gadamer (1900–2002) was one of the greatest philosophers of our era. He was also at the center of some of the century’s darkest, most complex historical events, for he chose to remain in his native Germany in the 1930s, neither supporting Hitler nor actively opposing him, but negotiating instead an “unpolitical” position that allowed him to continue his philosophical work. In this magisterial book, Jean Grondin appraises Gadamer’s life and achievement.

Drawing on countless interviews with Gadamer and his contemporaries, Gadamer’s personal correspondence, and extensive archival research, Grondin traces Gadamer’s life as an academician and the development of his ideas, placing them in the context of his times. He sheds light on the genesis and accomplishment of Gadamer’s major opus, Truth and Method, the bible of modern-day hermeneutics. And he addresses the question of Gadamer’s attitude and actions amid the catastrophe of Nazi Germany, painting a balanced portrait of a scholar who tried to preserve German culture and tradition in the face of an invasive menace.